Download iTop VPN to bypass geo-restrictions, speed up in minutes for a peak game experience. 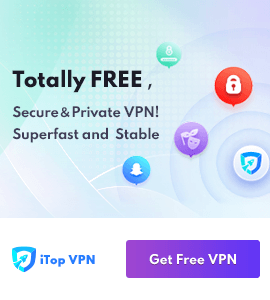 How to defrag a Mac? Learn more about Mac defragment

Not only Mac, but all computers will also get slower and slower as they keep running. You might hear about defragging disk to clear some space and speed up your computer due to your previous experience with Windows. But there's no "Optimize Disk"or "Defragment Disk" on Mac. So what do you do when your Mac gets slow? When does my Mac need a defragment? How to defrag my Mac? In this article, we will dive into the Mac defrag question and explain the benefits and limitations of doing this. Hope you can find the answer that suits best.

Why do we defrag?

First, we need to know what defragment is. Defragment is the process to reorganize the files which are scattered stored on the hard disk. It removes the gaps between the recorded parts of the files, collecting them into a single whole part. Simply put, defragging a drive traditionally moves everything back in order and fills any holes that have appeared during its use. Therefore, defragmentation reorganized your computer and saves time to find and read the files and speed up your computer.

Generally speaking, Mac doesn't need to be defragged. This is simply because Mac OS X versions later than 10.2 file system were designed differently to Windows. Apple uses the HFS+ (Hierarchical File System), which provides a special function Hot File Adaptive Clustering, or HFC. The main purpose of this component is to automatically prevent fragmentation of disk storage. And it automatically defragments files on its own. That's not to say that a manual defragment is never needed. It's just rare. When updates, upgrades, installation or re-installation take place, you might need to defrag it once in a few years.

When does your Mac need to be defragged?

The only real exception you need to defrag a Mac is when your hard drive has less than 10 percent free space. At that point, the Mac operating system is unable to perform its automatic defragmentation routines, and you should consider either removing files or expanding your disk storage size.

Considering removing files to free up more space and speed up Mac, there is a useful and efficient way to do that - a powerful app- MacBooster. It will comprehensively scan Mac including old and large files, app leftovers and system clutter. It helps to boost computer performance, and you probably don't even need to defrag a Mac.

This will make your boot drive lighter by reducing the number of bulky files, such as movies and other video files. Reduce it to less than 50% because the first half portion of the drive is much faster than the second due to a large number of sectors. It is not mandatory to bring your HDD space usage below 50%. However, doing so accelerates performance. Note that boot drive occupying more than 80% of the total disk capacity will not work. You can reduce files by using Activity Monitor. Also, reboot the drive on completion of the process.

If you're using a Mac that comes with an SSD (solid state drive), there's no point in wasting your time defragging as they already have a built-in maintenance process called TRIM.SSDs operating in a different way from a traditional HDD. It's flash memory used by a solid state drive has a finite lifespan because of the limited write and read cycles. And disk defragmentation is a process of reading the data from one place and writing it to another. So if you defrag SSD, you will perform thousands of write operations each time on the drive. It can speed up the degradation of a solid state drive and lead to its wear and tear. Therefore, it's actually dangerous to attempt to defrag a SSD, which can reduce its lifespan.

How to defragment a Mac?

Since there's no built-in command or utility to defragment on Mac, one of the easiest ways is to use a trusted third-party defragmentation program. It takes a certain amount of time to defragment, during this time you can't move your Mac in case the data destroy. We strongly suggest you backup your data before you defrag your Mac. And follow the program instructions to do the defragment, just be sure it's compatible with your Mac ( Mac OS 10.2 are not compatible with the latest modern defragmentation software ).

Alternatives to defragment a Mac.

Sometimes a slow Mac isn't a problem for your HDDs. You may take other ways to free up more storage and speed up your Mac instead of defragging your Mac. First of all, you should check your disk permissions. Its settings will affect the ability to read, write and execute the file. Repairing disk permission only suits for Mac earlier OS 10.10 versions. For newer version, disk permissions are automatically protected.

To repair your permissions using the Disk Utility:

3. Select the volume in the left pane for which you want to repair permissions.

But it only fixes file permissions that were installed as part of an Apple-originated installer package - so those that came pre-installed with your Mac and files downloaded from the Mac App Store. You can do better with MacBooster, it will fix Mac disk permission issues and drive your Mac to peak performance.

If you feel it’s tedious and exhausted to do above all manually, and even looking for a comprehensive utility to do all and better. Try MacBooster, IObit's official Mac maintenance software. It will safely and quickly remove all system junk files and speed up your Mac.

Thanks for reading this article and we hope that you find your answers.

How to Clean Up Junk Files on Mac

How to Free Up Mac Memory

How to Remove Adware, Malware, Spyware and Virus from Mac

Download MacBooster 8 to Keep Your Mac Clean, Fast, and Secure

I Accept
Get it Now